Is it just that he was so young? So talented? Or is it just the sheer irony that is so disturbing, the fact that he tempted fate on almost a daily basis, competing in one of the world’s most dangerous sports, steeplechasing, only to be so brutally cut down in such a innocuous, mundane fashion by falling off of a rope swing?

Whatever it is, the death of 22 year old champion jump jockey Jonathan Kiser is profoundly disturbing, more so, or course, for those who knew and loved him, which was most of the steeplechase world. Jonathan suffered severe head injuries in what, at the time, seemed to be a relatively harmless fall from a rope swing at his family’s farm in Whiteford (Harford County). The 1997 and 1999 NSA Jockey of the Year was on track to claim his third title, even though he had recently taken time off from the races due to his father’s recent illness and death earlier this year. Mr. Kiser is survived by his mother Dorothy Kiser, and sisters Allison Kiser, Heather Kiser, and Laurie Mace.

An annual scholarship has been formed in Jonathan’s name. For details and past winners, look in our Archives. 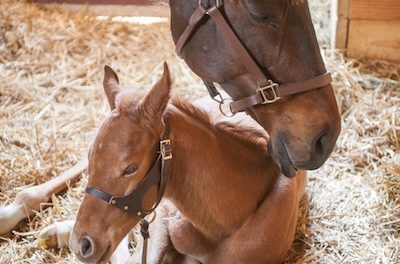