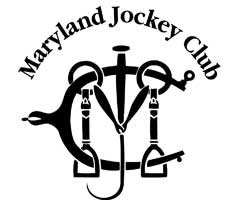 And just in case you have not had enough news related to Maryland horse racing and race tracks, leading into Preakness week (and thus almost overlooked) – and after months of unconfirmed reports – The Stronach Group announced that it had struck a deal with Penn National Gaming, Inc. to purchase Rosecroft Raceway.

The Stronach Group owns numerous racetracks, including Santa Anita Park, Gulfstream Park & Casino, Golden Gate Fields, Portland Meadows, and–of course–Laurel Park and Pimlico Race Courses (under the auspices of The Maryland Jockey Club). Additionally the company owns and operates the Palm Meadows Training Center in Florida as well as the breeding farm Adena Springs. But that’s not all! The Stronach Group believes in vertical integration! It is one of the world’s largest suppliers of pari-mutuel wagering systems, technologies and services. It owns AmTote, one of the largest providers of wagering technology in the world; Xpressbet, an Internet and telephone account wagering service; and Monarch Content Management, which acts as a simulcast purchase and sales agent of horseracing content for numerous North American racetracks and wagering outlets.

Owning as many pieces as possible on the Monoply board of life appears to be a successful strategy for the company.

The acquisition must still be approved by the Maryland Racing Commission before it can be final.

According to the official release announcing the pending purchase, the purchase of Rosecroft is a logical step to strengthening the simulcasting and racing of both breeds [Thoroughbred and Standardbred] in the state. We look forward to getting to work with the Standardbred horsemen on growing the business locally and nationally.