By Katherine O. Rizzo (first published in the June 2018 Equiery) In a world in which “school shooting” is found too often in headlines and where cyber bullying is a real threat to our children, it seems we could all use a hero or two. Not the fictional type that uses a hammer to fly through the air, can shrink down to the size of an ant, or travels through space and time by casting spells, but real life super heroes who inspire us to do better, treat others better and leave our planet a better place. The Enclave Program
The Work Enclave program is a supervised work-training program for students receiving special education. The program is used as a stepping-stone between school and independent work for those students who need a higher degree of support or supervision. Each program consists of a small group of students who perform basic, repetitive tasks under the close supervision of special education personnel. The goal of the program is to give students a method to allow them to achieve success in the community and learn skills to work independently.

Alice Slater, a foxhunter, dressage and trail rider, has been a schoolteacher since November of 2001, and recently took over the Academic Life Skills program at Wilde Lake High School. Through the program, she works with students who have cognitive disabilities. Her class this year consists of six students, ages 16 to 21, enrolled in the Work Enclave program. The students travel to various locations in Howard County to work within the community, but Ms. Slater, as the students call her, decided to put a little twist into the program based on her equestrian interests.

“I contacted the people over at TRRC, where I was an instructor a few years ago, and asked if we could come there to learn about various barn chores,” she explained. At first, the students did tasks such as sweeping the barn aisle, cleaning tack and dusting. But then, Ms. Slater had another idea, “I was trying to figure out a project that each of them could be a part of. Something they could take ownership of and work together to accomplish.”

Picture a comic book text bubble with a light bulb, a feedbag and a grocery store above Ms. Slater’s head… and the feedbag project began.

Student Sebastian Adams demonstrates how the bag handles are made

Monday Marvels, Inc.
Ms. Slater had already made a few recycled grocery bags from empty feedbags for herself and some friends, and decided it was something that these students could learn to do. But first, she wanted them to form a company to learn about corporate America and building a product from scratch. “I explained what it meant to form a company and they created their own name and we passed out little business cards around the school stating they were available to help with Xeroxing and other classroom tasks,” Ms. Slater said.

Student Sebastian Adams explained, “We came up with a list of ideas and then voted on them. Monday, that’s the day we stay at school. And we all like Marvel heroes like Captain America. I’d want to be him because he is very strong and has a cool shield!” Thus, Monday Marvels was born.

These kids know their super heroes, and like super heroes, each has a specific talent. Sudent Fahd Kahn explained, “We each have a different role in the company. I am the special assistant to the CEO [Ms. Slater] and keep everyone going.” Fahd went on to explain what part of the project each student does in great detail. “Logan [Petrik] removes the string because he is really detail oriented. Then we turn the bags inside out and Logan and Elisha [Arnold] clean them, ‘cause sometimes there is still horse food stuck to the bags. Sebastian folds the handles and we both use the machines to stitch them together.”

And if their passion for Marvel movies and their accompanying comic books, which so many people have been having their say on recently (click here for the statistics) is evident in their lively discussions, so is their passion for this project. Fahd explained every step needed to complete one bag, and all the students demonstrated the steps. They even made sure to explain the difference between string and thread, and what a French seam is, everything they learned from Ms. Slater. “So far my team has made 100 bags,” Fahd stated. “They are all working really hard.”

Community Impact
The goal of the project is to make enough bags for all the teachers and staff at Wilde Lake by the end of the school year. “That’s a little over 200 bags,” Ms. Slater said, adding that at the time of the interview, they had 40 bags in production. “We’ve been making them in sets and then we bundle them together to give to a department with a card from the kids.”

That might be the tangible goal of the Monday Marvels, but the long-term goals and end results are so much bigger than one bag. Ms. Slater went on to point out how the students have really embraced the “touchable and feelable” aspect of the project and it has kept their attention as well as piques their interests. “They can really see a difference right away with each step they do and have gotten very good at using the sewing machines,” she said. “It takes patience and practice but they are all so very good at it now!”

The staff at Wilde Lake has been thrilled with their gifts as well. “They love them! The bags are water resistant and can hold so much stuff! And the kids are very proud when they deliver their bags to our staff,” she said. The school community at Wilde Lake has really supported the project, as have TRRC, Pleasant Prospect Farm and Forward Motion Training, all of which now save their bags for Ms. Slater’s class.

In addition, Ms. Slater explained how the class is learning about recycling and repurposing as well. “Did you know those bags stay in landfills for decades? This project has an environmental impact and they are working as a team to reduce waste.” Ms. Slater is hoping that next year, the school’s Environment Club will join in on the project and be able to sell the bags as fundraisers and such.

But in the meantime, Ms. Slater’s Enclave class of super heroes keeps on building community relations, working as a team and saving the environment, one feedbag at a time

Author’s note: I promptly went out and saw “Avengers: Infinity War” after interviewing these students! Kudos for the WSSC 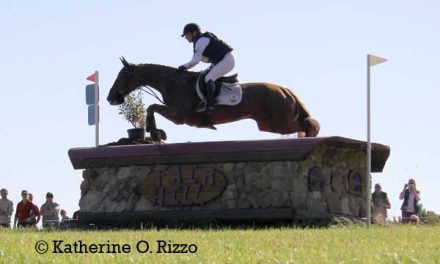