In her new position, Hale will be overseeing and coordinating the revitalization of the D.C. International. She was also assist with the Mid-Atlantic Thoroughbred Championship Series (MATCH) and lead philantropic initiatives with Thoroughbred Aftercare Alliance (TAA), Beyond the Wire and Canter for the Cause as well as serving as a liaison for backstretch programs.

“I’m very excited about this new position with the Maryland Jockey Club,” Hale said. “I look forward to the great opportunities it presents to continue to build the Thoroughbred racing program and help with philanthropic programs.”

“We’re thrilled that Georganne will be leading these important initiatives for the Maryland Jockey Club,” said Sal Sinatra, President and General Manager of the Maryland Jockey Club. “As we continue to build and revitalize Thoroughbred racing in the Mid-Atlantic, we believe strongly that Georganne is the person to help lead us and accomplish these goals. Her knowledge of the industry and local communities is invaluable.”

The new Maryland Racing Secretary, Chris Merz, was the stakes coordinator at Santa Anita and Del Mar and assistant racing secretary at Los Alamitos since 2015. He is a graduate of the Animal Science/Race Track Industry Program at the University of Arizona. Merz is also a former stakes coordinator and placing judge at Golden Gate Fields and has also been a placing judge, entry clerk and assistant clerk of scales.

“I’m really excited about coming to Maryland and working with Georganne, Sal Sinatra, everyone in the racing office and all the horsemen,” Merz said. “It’s a wonderful opportunity. They’re doing such great things in Maryland. I’m really looking forward to working at Laurel and Pimlico.” 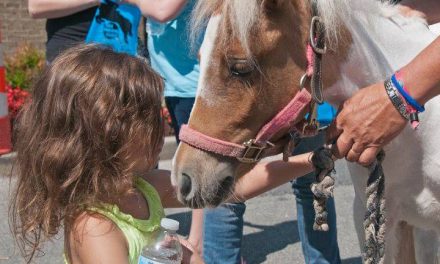