It is official! The October event at Fair Hill will run both the new CCI5* and a CCI3* this year. There will not be a CCI4* at Fair Hill this October. What does this all mean?

The inaugural Maryland 5 Star at Fair Hill will run two three-day events at the same time, similar to what Fair Hill International has done in the past. This year however, there will be the new five-star, the highest level of the sport of eventing, and a three-star, which is run at the Intermediate level.

On Wednesday, January 23, US Equestrian announced that the October event at Fair Hill will host the USEF CCI3*-L Eventing National Championship, which FHI has hosted for the past several years. US Equestrian has pledged to keep the championship at Fair Hill for 2020 and 2021.

“On behalf of The Fair Hill Organizing Committee and our partner, Fair Hill International, we are thrilled that the Maryland 5 Star at Fair Hill has been named by the USEF as the host event for the 2020/2021 USEF CCI3*-L Eventing National Championships,” said Jeff Newman, President and CEO of The Fair Hill Organizing Committee. “It’s truly an honor to be selected among so many other deserving events. Continuing this designation of our 3 Star (CCI3*-L) competition along with the elevation of our 4 Star (CCI4*-L) competition to the prestigious 5 Star (CCI5*-L) level in 2020 validates our efforts towards showcasing the very best in our sport at the event.”

It was announced on Wednesday in a press release put out by the FHOC that FHI will serve as competition partner to put on the new five-star event. FHI has hosted championship level events for more than three decades. Newman clarified while speaking at the Maryland Horse Industry Day in Annapolis on January 23 that FHOC is the event oversight group while FHI is the in charge of competition oversight. He added that the Fair Hill Foundation is the fundraising body for the whole Fair Hill renovation project.According to the USEF, when Fair Hill was selected to host a new fall CCI5*-L for 2020, US Equestrian opened a two-year bidding process to seek hosts for the 2020/2021 USEF CCI4*-L and CCI3*-L Eventing National Championships, and all U.S. venues that currently host a fall CCI3*-L and/or CCI4*-L were invited to submit bid applications to US Equestrian. The USEF CCI3*-L Eventing National Championship will also include the USEF Young Riders National Championships for the John H. Fritz Trophy and the USEF Young Horse National Championship for the Jonathan R. Burton Trophy, according to the release.

The inaugural Maryland 5 Star at Fair Hill is set to take place from October 15-18, 2020 at the newly constructed Fair Hill Special Event Zone located in Elkton.

For More Information about the Maryland 5 Star at Fair Hill, visit: www.maryland5star.us 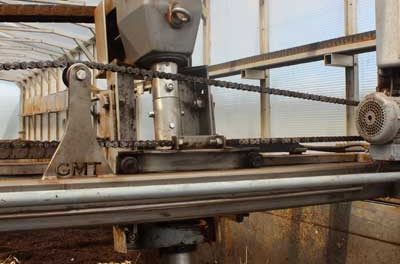