by Marcia Brody (first published in the January 2020 Equiery)

Cleveland Bay horses have had a presence in Maryland since 1820, when the first documented import, a stallion called Exile, made his home at John Carroll’s Tuscarora in Frederick County. England’s oldest native breed, and perhaps the original Warmblood, these horses are now critically endangered, with the population of purebreds worldwide numbering fewer than 1,000. A large concentration of the US Cleveland Bay population thrives in the Mid-Atlantic region, where they can be seen at horse shows like the Howard County Fair, Upperville and Warrenton. There is also an annual Cleveland Bay Foxhunting Day that rotates through the region.

Purebred Cleveland Bays make successful all-around mounts and do especially well as foxhunters. They can also excel in show hunting, eventing, dressage, and showjumping. Many find rewarding lives as mid-level competitors and pleasure horses for a wide variety of riders.

Perhaps the highest level of success in the sport of eventing for the breed also has a Maryland tie – while still in England. Sarah Cole (O’Halloran) and her mother bred and owned John O’Gaunt, a Cleveland Bay x Thoroughbred sired by Her Majesty’s Mulgrave Supreme. This Cleveland Bay cross won Burghley in 1979 when it was still held as a long format. A few years ago, Maryland junior rider Ryan Keefe rode the half-Cleveland mare Idle Secret to state championship awards at Training level and also to the title of Top Eventing Mare in the state. After her eventing career, “Secret” went on to lead the Middleburg Hunt with one of its Masters until she was retired.

There are several breeders in Maryland with pure and partbred stallions. The greatest population of purebreds is at Jason Daisey’s BellaVista Farm, which stands the imported Arena Maestro and also Gaylord Ivanhoe, by the recently deceased Ramblers Richard Lionheart. Magnific Sporthorses, based in Middletown, stands the ¾ Cleveland Bay sporthorse Belladonna Quasar, and the up and coming Cleveland Bay x Holsteiner x Thoroughbred sporthorse Magnific Cimon. There are a few other breeders scattered throughout the state.

The Mid-Atlantic Cleveland Bay Network organizes a number of activities for fanciers of the breed throughout the year, including shows, trail rides, foxhunting and social events. Please feel free to find us on Facebook! 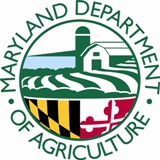